I was wonder what it IS that differentiates a a powder room from a bathroom?  (oh yeah – just another of the BIG questions!) So I looked to the inter-web to find me the answer!

It was Yahoo Answers who were kind enough to offer up the word! Simply, its a small room with toot and basin.  Kinda knew it would be. But now I Know!

So I went on the look-see in the inter-web world for a lill bit of powder pretty:

Obviously the same again – but a different view of things!

I am a bit smitten with this room! I don’t consider myself a girly girl – but I want to hang out here with my fluffy kitten heeled slippers and – well, powder my nose!

Woodson and Rummerfield via Apartment Therapy

Oh and THIS one – it gives me feelings of hardcore love and devotion. 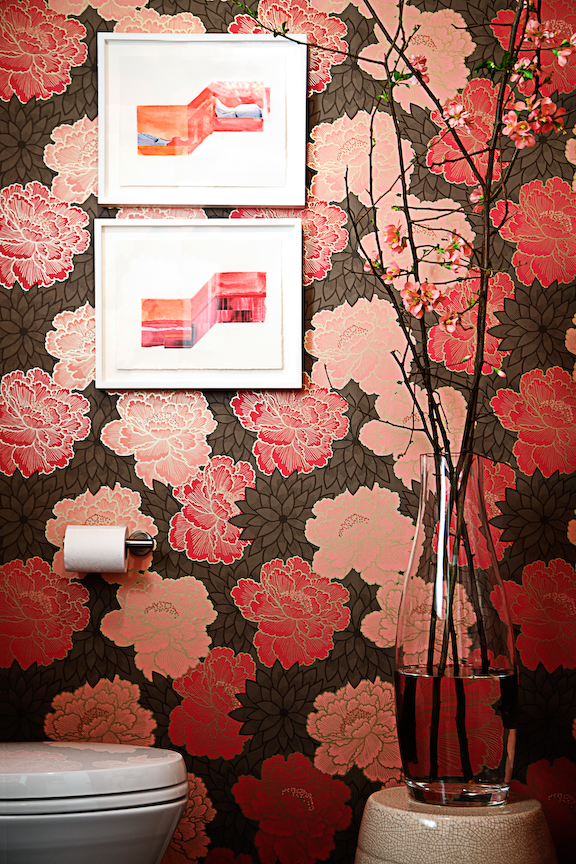 This broad stripey makes me feel a lill manly!

Bit of action in the woods!

This one I found on Katie Did blog. It kinda hurts me to think about it… I just don’t think I could ‘relax’ as one needs to in such a space! 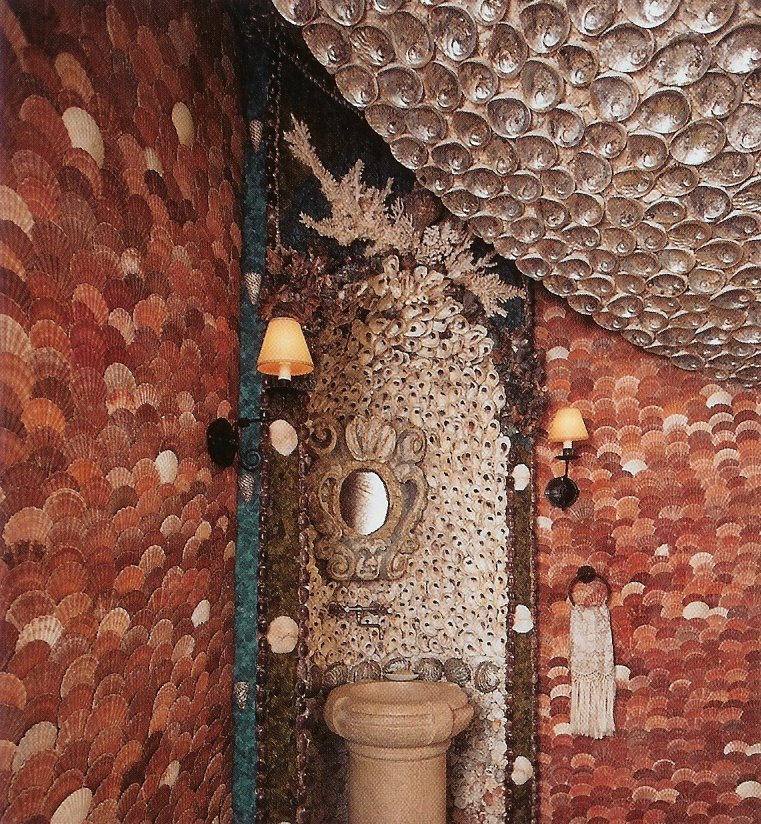 So after that picture that has me shifting in my seat, back to something not as uncomfortable! yet still a little disconcerting:

Ahem, look closer at the above pic. Just a little bit more. Do you see it?  The fish -In the jars.

Apparently Siamese fighting fishies don’t really want much more space than this to live in – Apparently.

I think the littlest room in the house is always a good place for a spot of glam!

So much I LOVE about this little toot!  -the lantern, the mural – the drips! ah, sigh of love…

Via Desire to Inspire

A bit too much for a small space, me thinks.

This makes me think of Blade Runner!(such a good film!) Now I DO dig the paisley – and especially THIS paisley, but with some Willow thrown in – I vote no.

And now for some randomania pics that I found when I google imaged ‘powder rooms’! Via the Negative Split

via the constant craftsman