The week that was

Um, how did it become May already? I swear it was New year just a couple of weeks back and we here in Melbourne town were in a heat wave. Suddenly its May, and we are having a super freeze. I’m beginning to think that Mother Earth has taken up quick step dancing! or just maybe I am just in a time bubble?!

So in the weeks gone by (though it feels like mere hours!) Ive just been doing my ‘thing’. Some of this involved helping the lovlies at Lump Scultpure Studio put a display together for the big annual designery trade  show “Interior Designex‘ to display how beautiful their light boxes can look beautiful Inside as well as out!  This is the result of that: 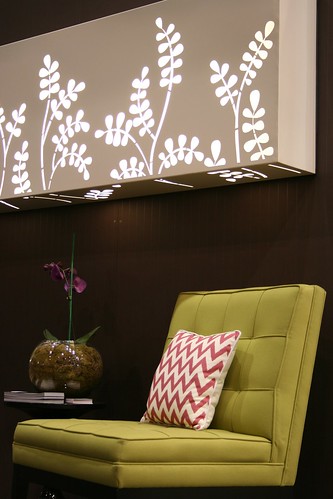 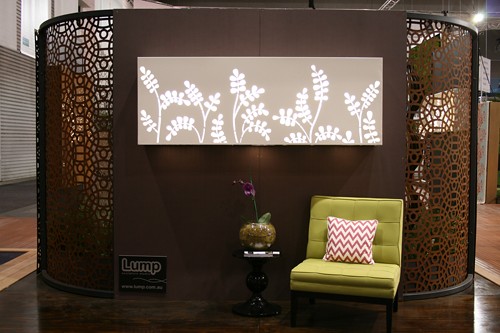 As I only had a week & a bit to gather bits & pieces for the stand, I had to use what I could get my hands on quick sticks! This meant most of the display came from my stocks! (read my home!) But with some assistance from Diane Bergeron & Interstudio.

The other side of the stand was as so: 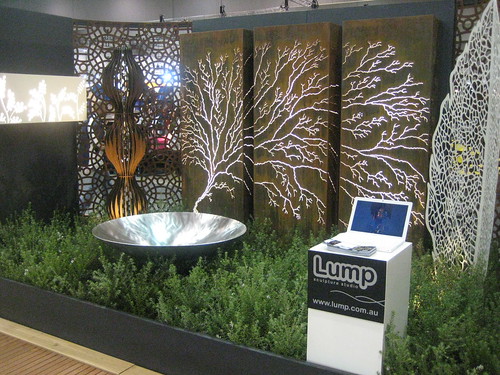 Ah then as quick as a flash, but not soon enough, the weekend came!!

Sunday was a perfect day. Blue skies, 19 degrees (that’s about 62F) and just gorgeous! Fella and I jumped in the car and headed up to a friends farm -an hour & a bit out of town for a lovely Sunday lunch. This is my idea of a perfect day!

To get to the farm we travelled past the areas recently hit by the tragic bush fires. (For what this is in reference to click here) I stuck my camera out of the sun roof of the car to take some crappy snaps of what now is. (I think the pics are pretty good considering the car is travelling at 100kms! (that’s about 62 miles per hour!))

This picture shows a vineyard with the burned hills in the back ground. The vineyard was untouched – the vines just look burnt as its now Autumn here. 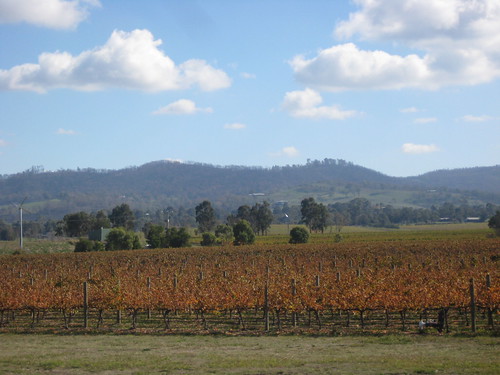 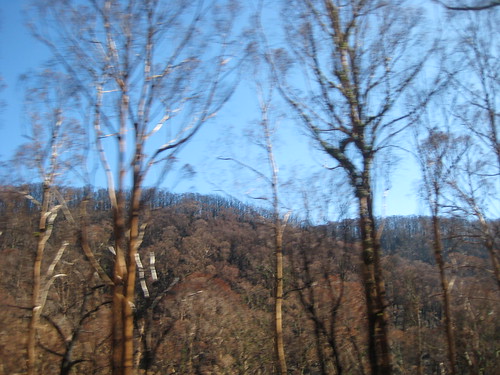 These pictures show how devastating the fires were. Apparently, bush fires are usually close to the ground, leaving the tree canopies relatively unscathed. As the bush was so dry – from a hot summer as well as 11 years of drought, as these images show everything went up in flames.

My heart breaks thinking of the animal life that had no chance of escaping.

The yellow ribbon that someone has placed on this tree is the symbol that acknowledges these fires and raises money for those who suffered.

Although it is Autumn (fall) here. These trees are red from the fire – not the season. All these trees are native to Australia and dont shred their leaves in the seasons. 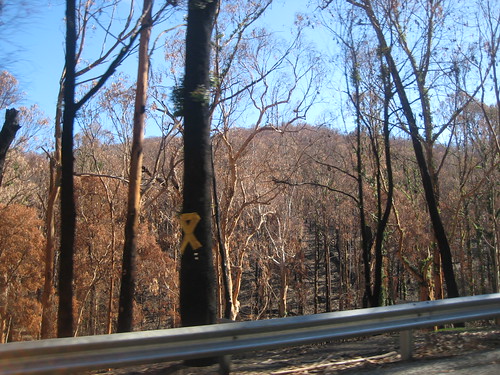 Three months on from the fires and the forests are already greening up with new growth. 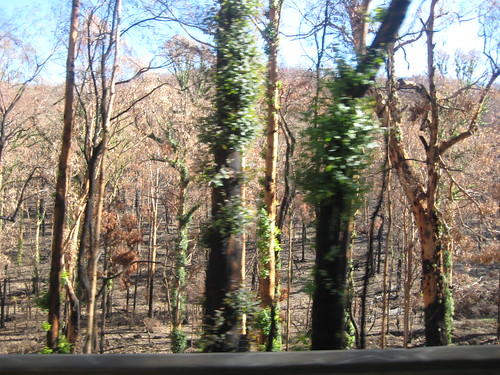 And then to the farm we got! So beautiful! and its one of my favorite places in which to be. An hour there makes me feel like I have had a week away. 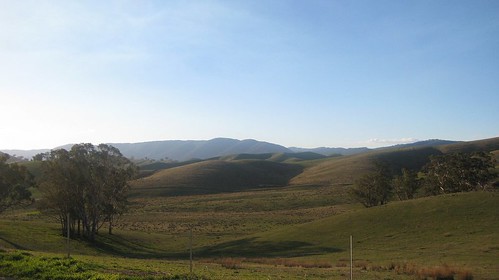 Ahh the serenity! until… 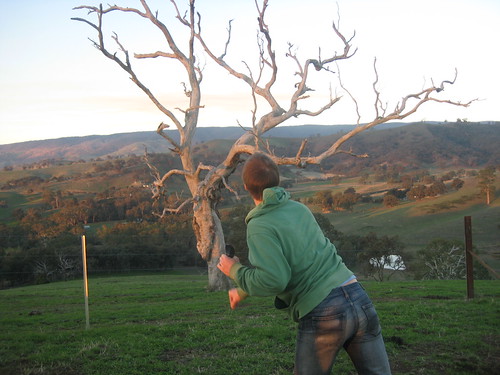 Why is it that boys feel the need to throw stuff? Apparently this tree was just asking to be target practise! (practising for what?!) I will point out – no animal or bird life was in the line of fire.

And me and him felt the need to do some loved up posing in the sun set! 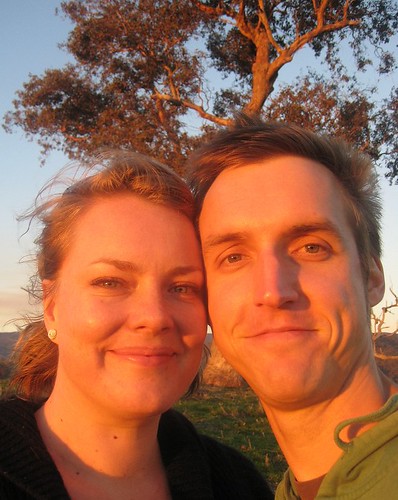 And then it was done. and back to the city we went… for another week to go by quick as a flash! 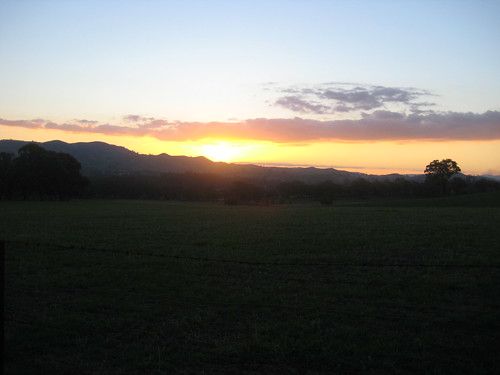