The other day I had quite a beast of a day!

I went and heard the Paul Simmons co founder & creative whizz of wallpaper & fabric fabulousness Timorous Beasties talk – not once, but twice!

Lucky for me he is a great speaker full of interesting stories (told in a fabulous Scottish accent!), gorgeous goodies to show and not even too bad on the eye!!

I first heard him in the morning talk at a seminar at a trade show that was in town where he talked about the ‘evolution of textiles’ – a subject I could listen to for days and weeks as its totally my thing!

One story, which sadly I don’t have any visuals to back me up (so just use your imagination please!) was about a toile from the 1770’s. (for those not in the know, a toile is a fabric depicting a scene or story – usually in one colour….this is what wikipedia say!) It featured a young woman and a man having a chat, then in toile fashion as the pictures go on-the story evolves and in this case the is man getting a little tooo frisky and forcefully with the young innocent lady, and then as it goes… the young women is left destitute on the street with a baby. Ah, history in pictures! (and ladies you be warned!!!)

Historically, toiles clearly weren’t too shy about showing the macabre sides of life, unlike now where they generally are all about the pretty and fluff!

So after a really interesting morning talk, I then heard him again at a suppliers ‘doo’ in the evening -oh, but I wasn’t stalking him or nothin!! Again some more stories and a good look at the fabrics and papers from his ranges. I had a wee chat with him, but possibly surprising to those who know me –  I get all shy and don’t know what to say- so I don’t get to dazzle him with MY fabulousness!?!! Instead a few of my ‘design friend gang’ downed the champers and giggled in the corner until heading to the pub near by to do more of said giggling and champers downing!!!

Anyway – onto the visuals……following are some of the designs of Timourous Beasties: 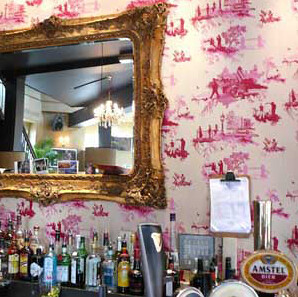 Hang on… Just what is going on on that wall….lets look a little closer: 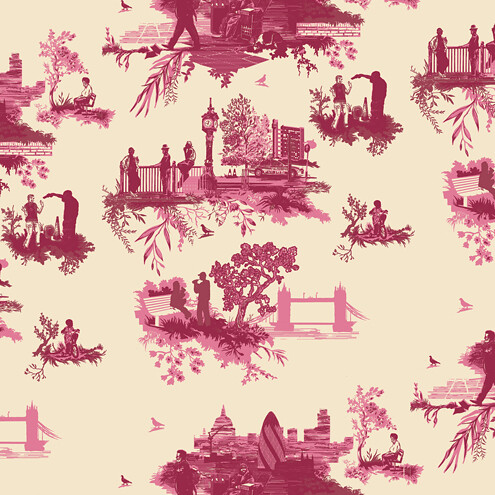 On closer inspection this toile shows modern London:  kids drinking in the park, someone getting mugged at gun point. Does Nana Beryl even know?!!!

Moving on….Oh, isn’t this lovely. a cute orchid print wallpaper in this cute restaurant.  Lets order shall we…I have decided this restaurant is of Asian influence, so I will have spring rolls for starters, then some other kinda yummy after that. 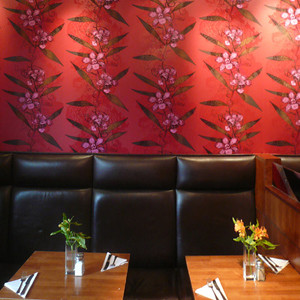 Um hang on, what is that blur in the background? I think I need to look into this wallpaper a little further too…. 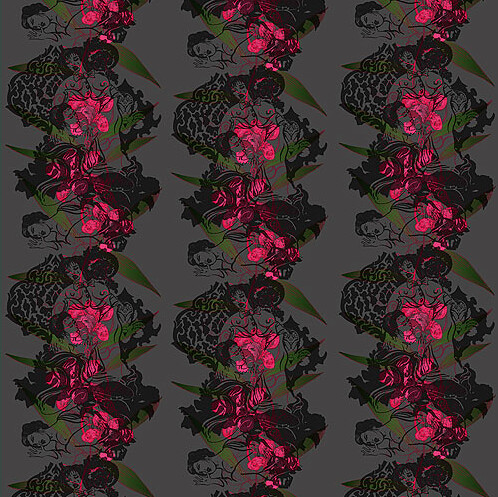 While that bite digests and the scandals set in our stomachs, lets just move on to more TB eye candy: 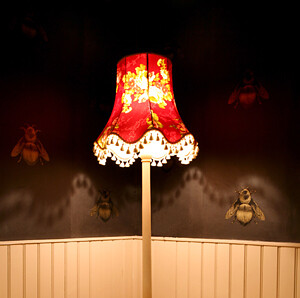 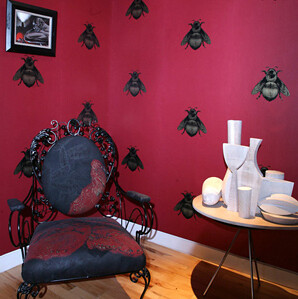 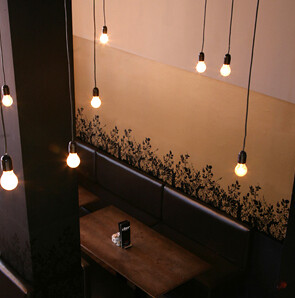 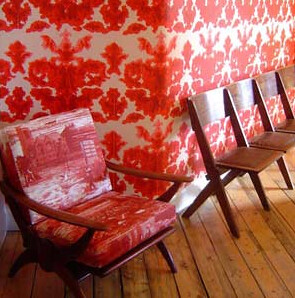 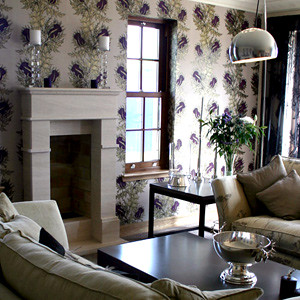 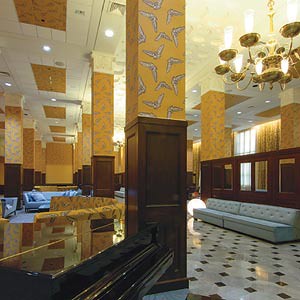 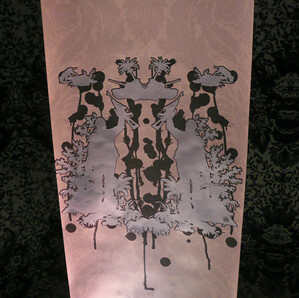 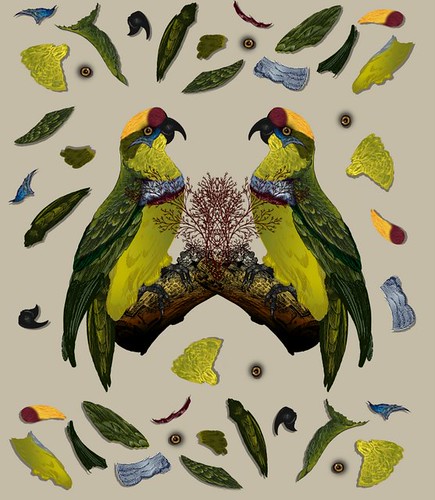 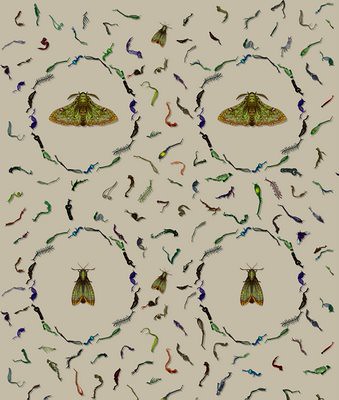 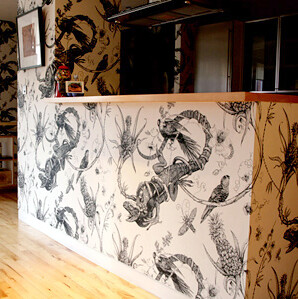 And then finally this classic flocked damask wallpaper, where all I will say is the devil is in the detail! 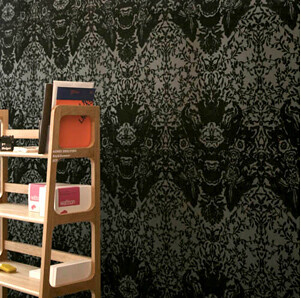 (psst – not the paper I would choose for a kids room!!)

Well I think that’s about enough for now! So over & out from me for now! For more of the gorgeousness of Timorous Beasties click yourself onto here and enjoy!