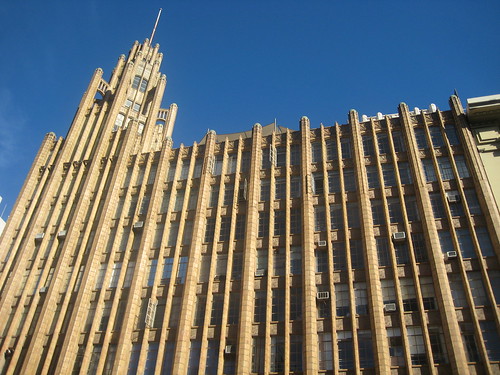 this is not the Nicholas Building....but kinda near it, so Im keeping the picture!

Its been a hilarious & crazy busy few weeks which included some installations of some highly anticipated goodies and also saw ME on the tele – interviewed as a design professional giving my opinion on a subject! Hilarious!! and I promise to tell you more about that in another post… one day!

But just a quickie for now, to give the Melbournite reader stalkers out there a heads up & head on down to the Nicholas building on Thurs or Friday eve (yep – that’s Thursday as in tomorrow!) for their annual open studios.

If you make it you will find the studios of all kinds of creative types – Jewellers, sculptures, milliners, artists, textile peoples, shoe makers and more uber clever peeps!

More info can be found here

***Update – I have been, seen, & checked out the open studios -clever peoples things seen, as were their goodies. With my trusty crappy snappy camera in tow, I took some pics to share of some kooky things -not one of the artists peddling their wares, it was more the building that got my attention. I’m sure you will understand what I’m talking about:

The building has 9 stories of endless corridor’s just like the one below that look like they haven’t had to much love since the building was born sometime in the 1920’s. 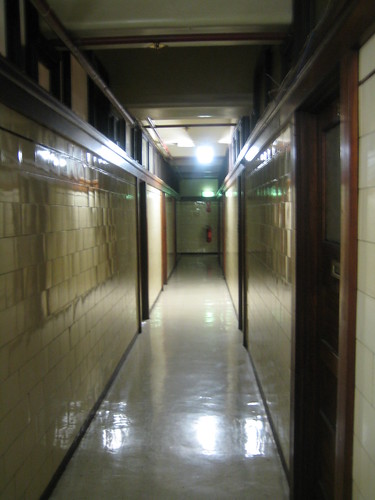 The stairs also seem like they are in their original condition. 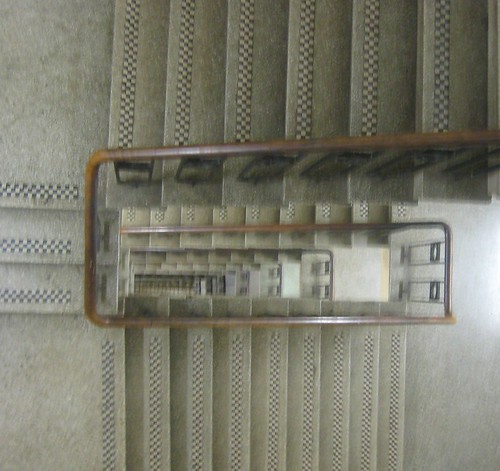 Being a curious kinda lass, I took a look through a peep hole of a lonely door in a lonely corridor: 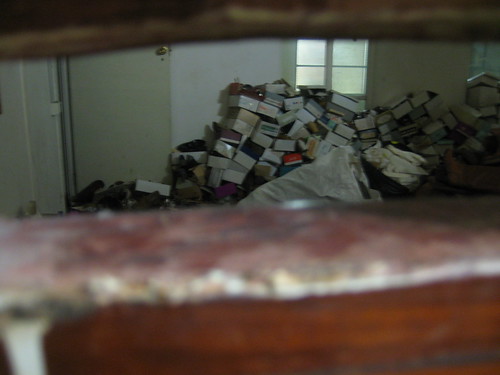 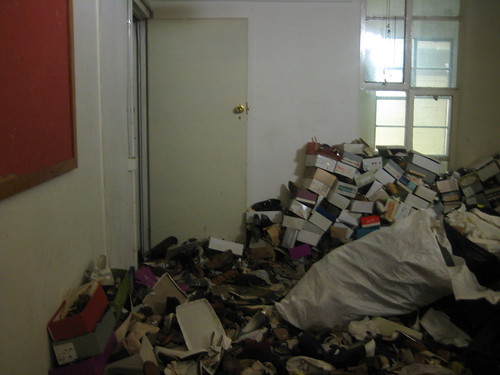 If anyone can explain this. Please do!