I do love a good apple and in our house we eat quite a lot of them. Personally I favor the Pink Lady but wont turn away a good Fuji. Each to their own, right?

So I assume its a world wide thing, but in case its not… here in the land down under our apples all have annoying stickers on them signifying what I thought was their batch or grower or something, but have just found out they are simply Price look up codes  for the markets to indicate fruit sizes etc. My version was more interesting, but what ever!

A while back, Fella read an article that he couldn’t seem to forget about how someone is employed at the sewage plant to scuba dive into the sewers and remove all the apple stickers that get eaten, and them um, come out again and collect in the pipes and wot not clogging up the sewerage system (oh I do hope that gig pays out sweet moolah)

Being the caring and sharing people that we are, we thought about this situation and thought about what we two could do to help ease the burden of these ‘shit divers’ and this is our solution: The apple sticker board! 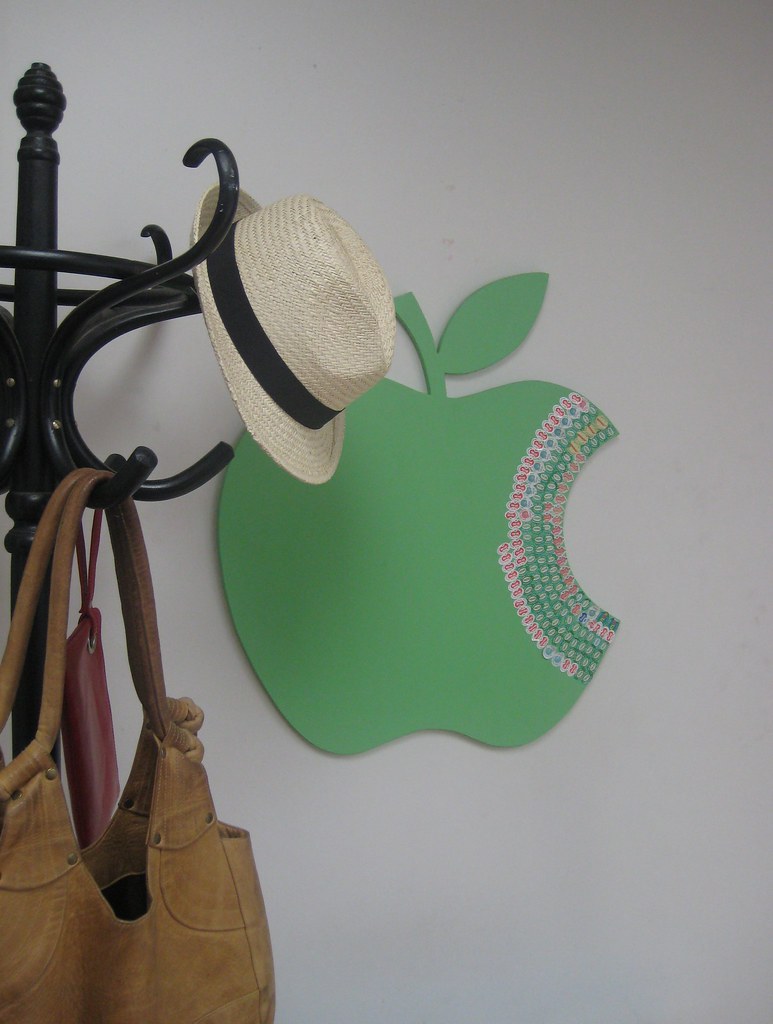 And credit where credit is due – this is all the handy work of the clever fella! He did it all from the design to getting all handy man and cutting, sanding and painting (my colour choice – naturally!)

I will pubicly admit that I have been quite bossy about the placement of the stickers, and have even ever so eloquently spouted the words “I am a designerrrrrrrr – do it MY way”  demanding that the stickers be placed neatly upon rather than randomly and messily all over and I think its fair to say again publicly – I was totally right – it rocks! 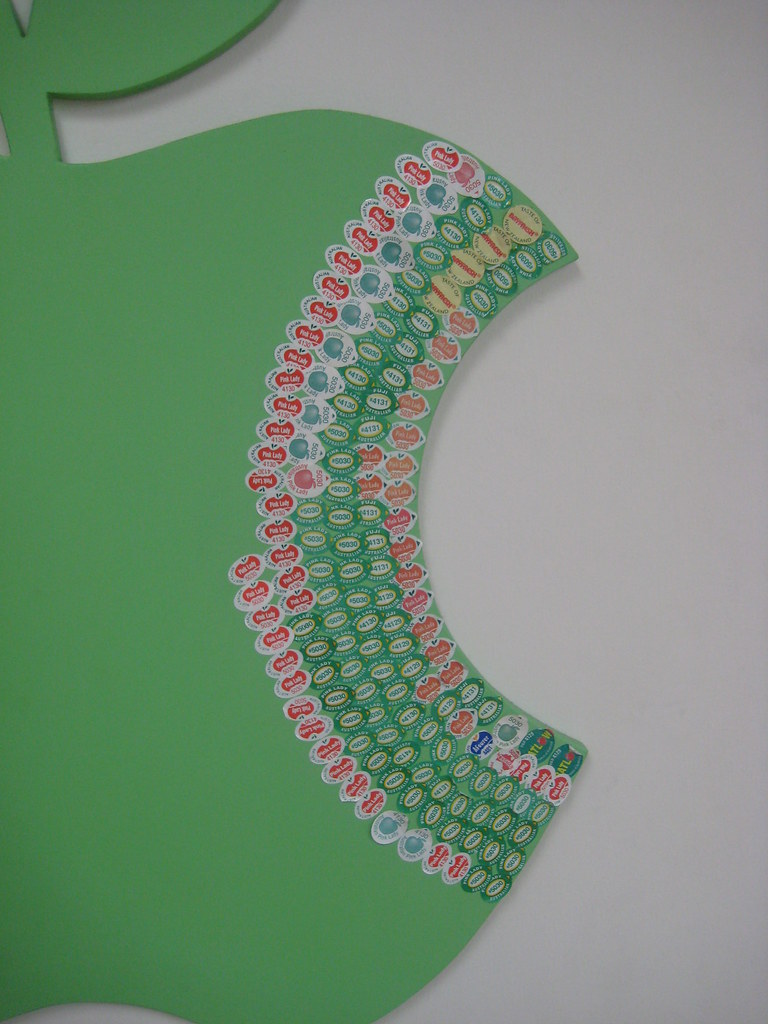 So thats about as crazy as we get in this joint! Party on & seasons greetings people!!