Obsession confession and I hit the hundy!

I’ve dropped the blog ball of late. um, sorry about that! The real world has had my attention some what -saving the world from hideous curtains here, upholstery mishaps over there.  busy, busy days!?! Oh and the glamour of it all!!!

So anyway, here I am again! And this just happens to be post be number 100 for Designalogue blog! It took a while, but eventually I got here!

I was hoping my 100th post would be a  well-researched, full eye candied post….I wont build your hopes for that! Just some eye candy today and a bit of an obsession confession.

The obsession is simple really, glassed garage doors and Barton Myers architects. The two combined together -well magic is made!! 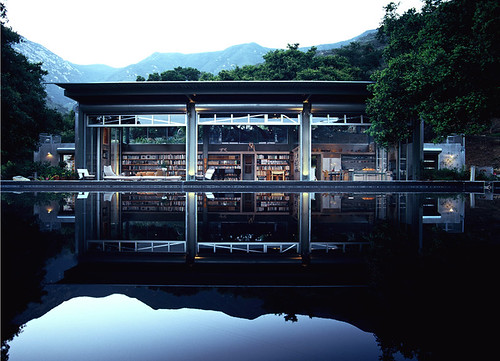 Clever architects Barton Myers designed this steel framed house using glass garage type doors along one entire side of the house which of course allow the entire space to be opened up. Aah, imagine all that fresh mountain air pouring through!

I love it, so lets look at is some more from the inside – though from teeny tiny pictures as that’s all I could get my hands on. Squint, you will see better! 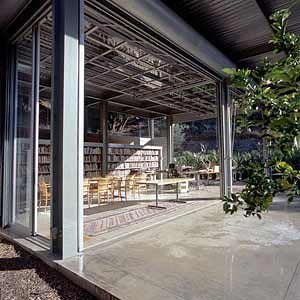 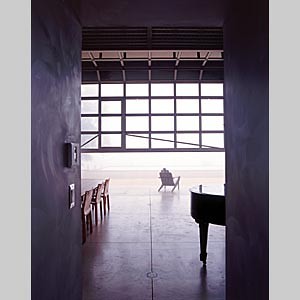 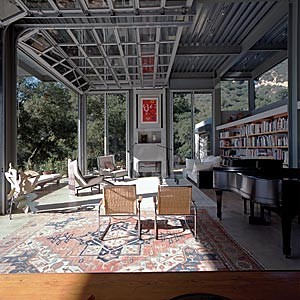 The extra genius and fabulousness of this house is its been designed and built with the surroundings in mind. As its in an area prone to wild fires, the house has a reflecting pond on its roof which as well as a fire repellent, also assists in keeping the house cool. All the glass windows have fire shutters, so if a fire comes calling, the house is shut up tight and looks like no one is home.

This sort of forward thinking architecture would have saved many lives if it was implemented in my home town of Melbourne during the recent tragic bush fires. more on that here. 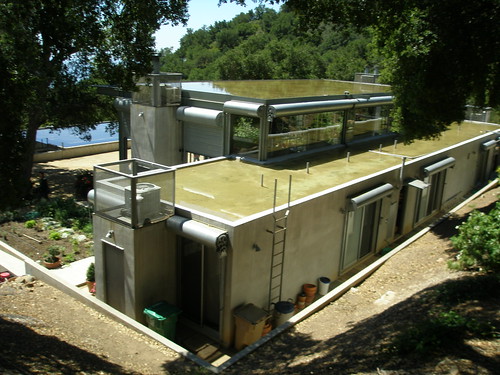 Here is another picture of another house designed in the same vein, again  by Barton Myers.

Just more eye candy that I swoon over! 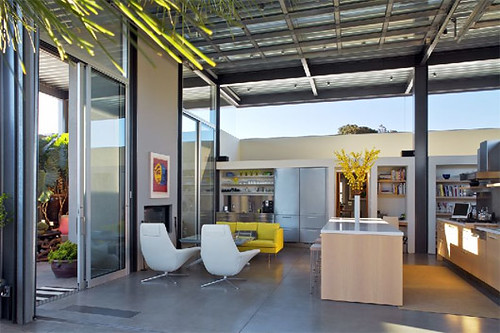 Ok, just some more random eye candy I found along the same lines. Personally, i think it works pretty much anywhere! 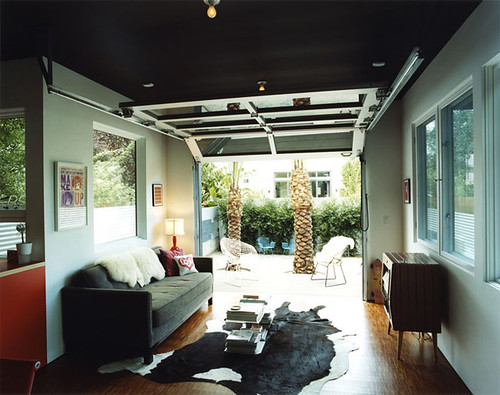 via Desire to Inspire 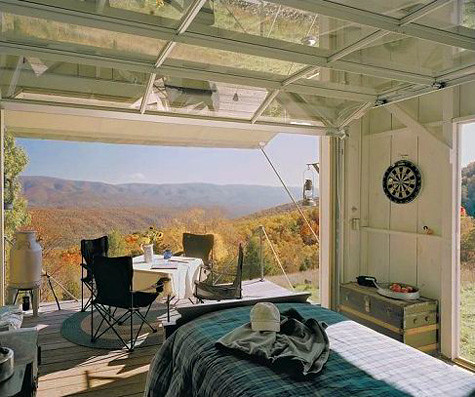 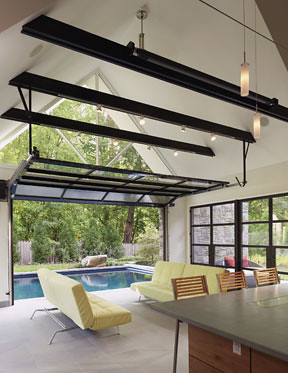 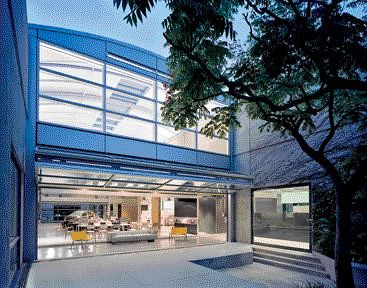 So this doesnt have the doors of my obsession, but for its overall fabulousness I will overlook that! and move in anyway! 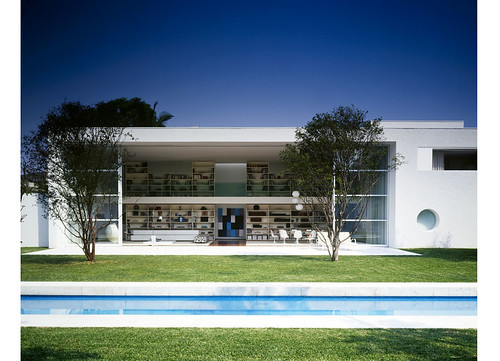