And home. Ok, I have been back a week now, but Ive been busy!

I had an excellent time, despite Darwin trying its best to keep me from leaving & making me go to the emergency hospital room twice – TWICE in 5 days! But we will get to that!

This post will probably be a wordy one, but its kind of a diary for me of my trip – so strap in, or dont!

Flying to Darwin (Btw – for my international blog vistors – Darwin is a city at the very top of Australia – where the Baz Luhrman film ‘Australia’ was set! – that helps doesn’t it?!) I was lucky enough to get a window seat in the plane. I havent done any travel to the centre of Australia (yet) so looking out the window & seeing such beauty really blew my tiny mind! And so,  I became that person on the plane who takes lots of photos out the window!

But they turned out pretty cool!

How awesome is this salt lake that is shaped very similarly to Australia! 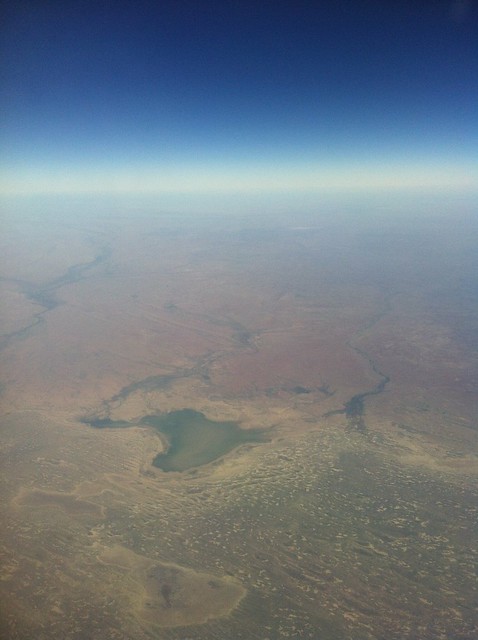 & look at these colours 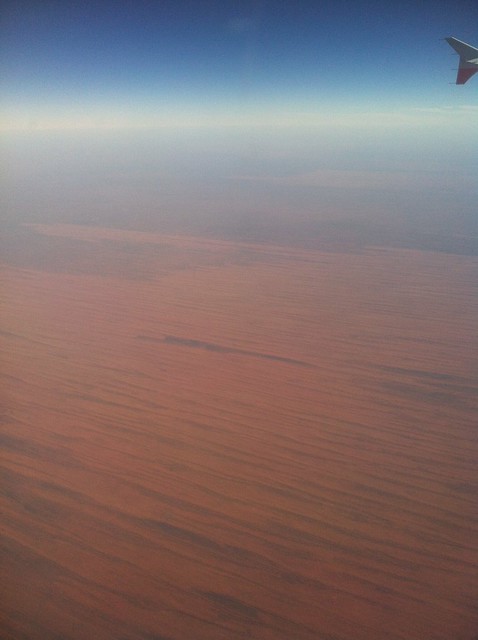 Now I hadn’t intentionally made this connection – but these are the colours I used in a project  in Darwin that I did a while back. The red of the woven lights against the blue walls  – looks just gorgeous! 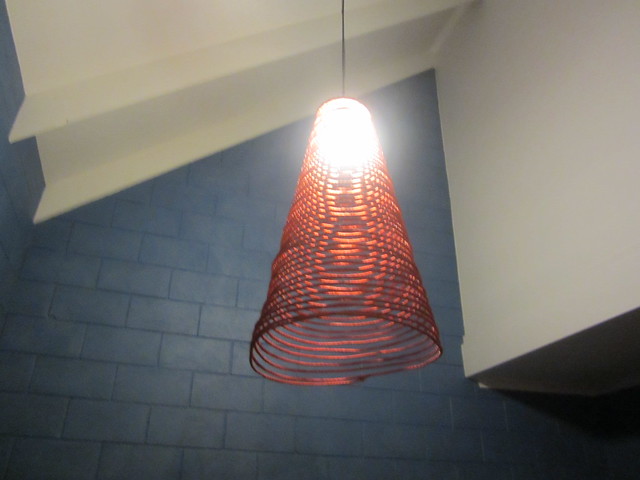 As it really was ‘the wedding of the year’ guests flew in from all over the world & it was pretty special to have so many of my friends in ONE place at the same time! It just doesn’t happen so easily anymore! And naturally being an event with people from all over it was celebrated over days – many dinners & events where had!

It was at one of the dinners where I had my first ouch that resulted in a visit to the emergency room! A stupid, idiotic, der waitress (Im an over thanker of wait staff – so I dont say that too lightly!) handed me a plate that was straight out of the oven. She had a cloth on protecting her, but failed to warn me of its HOTNESS & so I got a nasty ouchy burn on my hand. To be honest a hospital visit was totally over kill, but a friend who was there is a super nurse & totally got in my head about infections I could contract as I was going to a third world country…. better to be safe & all that.

& so the wedding came around, was excellent fun & great party! (the bride & groom left the wedding at 7am the next day!)  I was really enjoying myself & dancing the night away with no plans for leaving the party until….until I stepped on a broken wine glass STEM in bare feet.

I dare you not to shudder in discomfort at even reading that!

So off to the hospital again I went. Luckily it wasnt too deep a wound, but it was deep enough to make walking – um really hurt! The lovely hospital peeps did their special thing & as I was flying off the next night to Vietnam I was given hard core infection be gone drugs AND brand spanking new crutches.

I went to Vietnam on crutches!

Vietnam is a beautiful country. I loved it &  will definitely  go back to explore more of it.

Here are a few random pictures of pretties that sums up my stay! 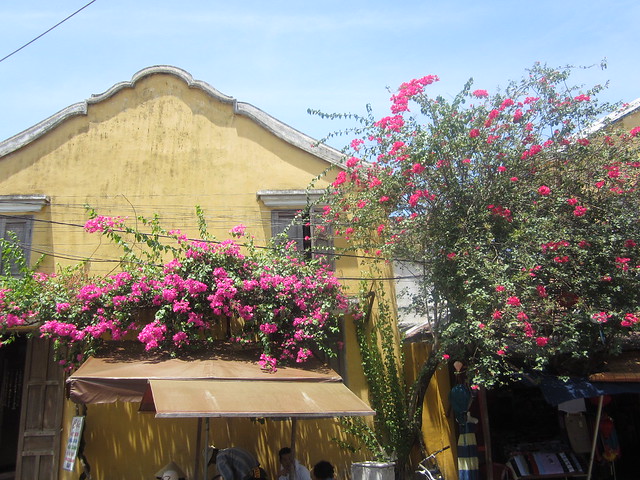 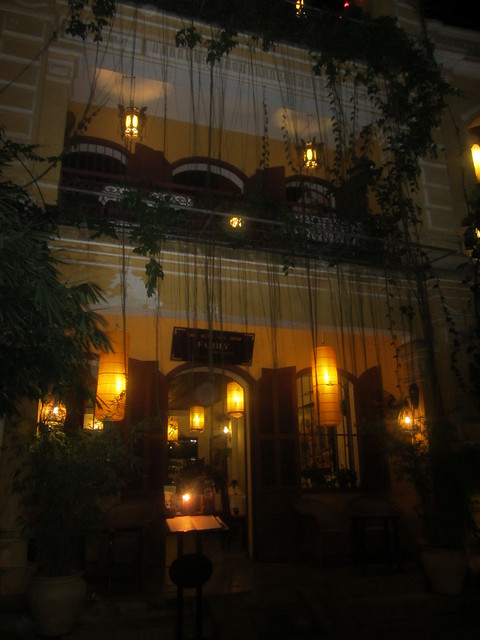 This picture was taken at a river side bar that we stopped at after riding bikes through rice paddies. (yeah – I did that!) this bar is over the water & the $1 beers went down way too easily! 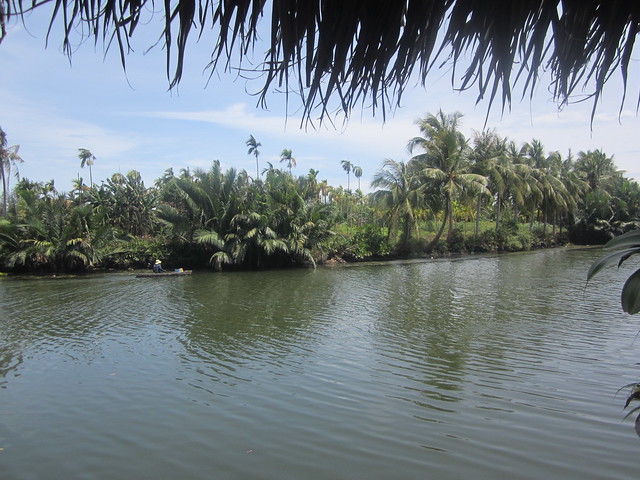 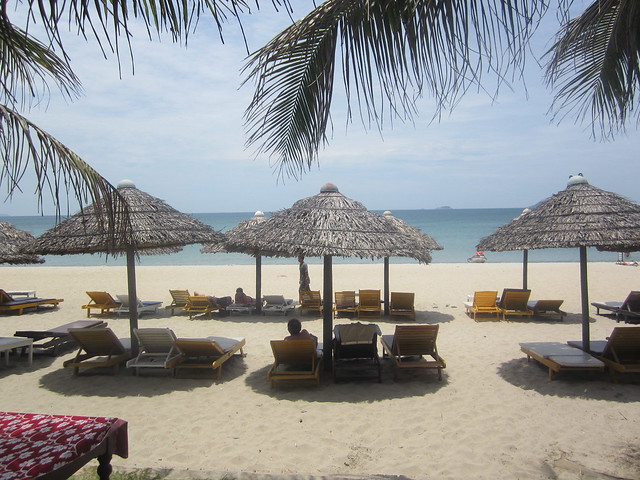 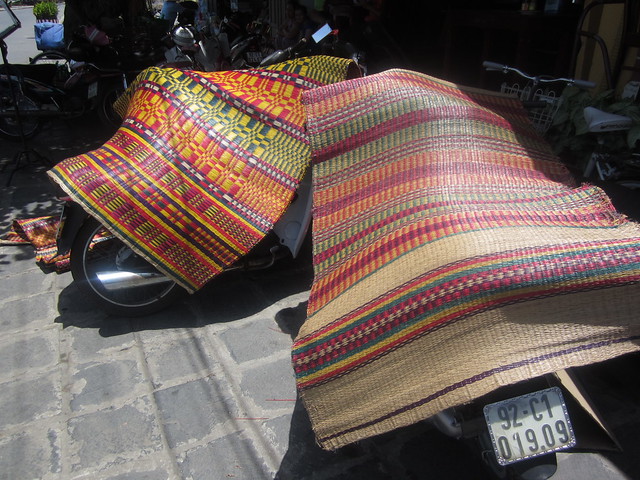 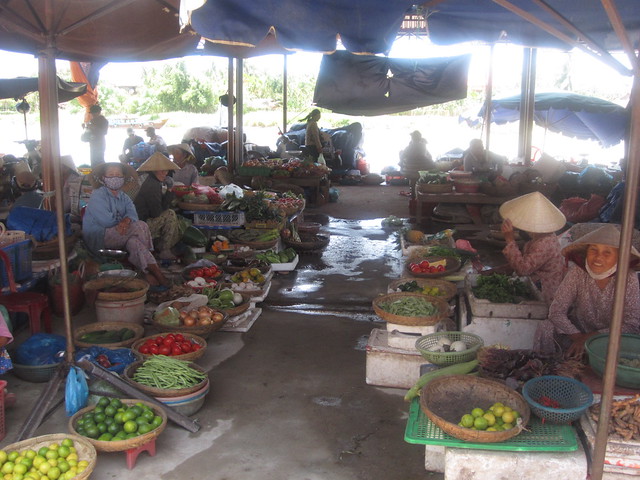 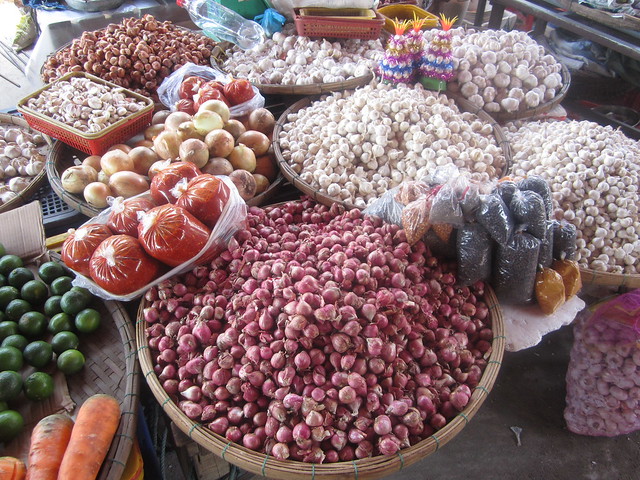 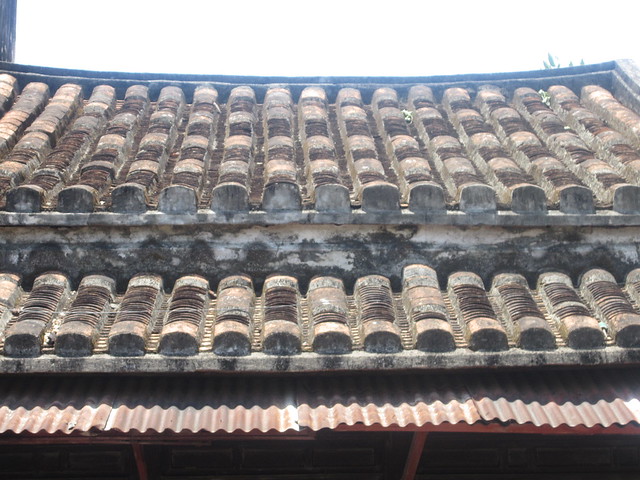 And of course I had to include this! 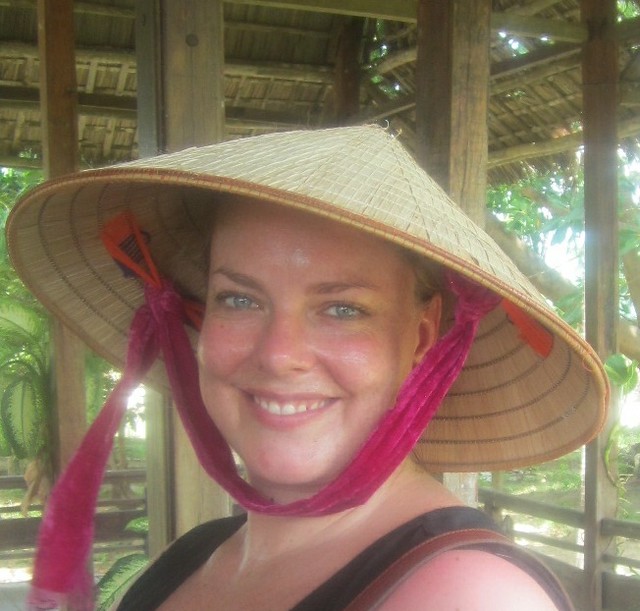 Having now experienced the heat of a Vietnamese Summer, these hats now make total design sense to me & I think they are genius!

My mother thinks I look ‘glowing’ in this picture. No, I was just melting! It was SO HOT. SO HOT and humid. But totally awesome & Im so glad that I finally made it to Vietnam!

Oh – my crutches were only needed for a couple of days & I was able to donate them to someone who was totally & absolutely in need in Vietnam.

And now I am back & have lots of great project sneak peaks to share very soon! Some recent installations have had clients use very colourful language to express their delight! Im sure you know what I mean!!